As with every winery, there is a unique story behind the creation of the vineyard. Our story begins long before Black's Smuggler came to be. In the 1970's, father and son, Jenaro and Alfred Black, worked the acreage in Veguita, NM to grow alfalfa. In essence, "the Ranch," as it was frequently known, was a refuge for Alfred. He was known to work double-duty between his graveyard shift in Albuquerque and the alfalfa fields in Veguita. This work ethic paid two-fold: Not only was the work meaningful and uplifting but the time spent working together with his dad at the ranch helped to strengthen their relationship. When Jenaro passed away in 1987, Alfred acquired the remaining acres by paying off all other claims to the land. 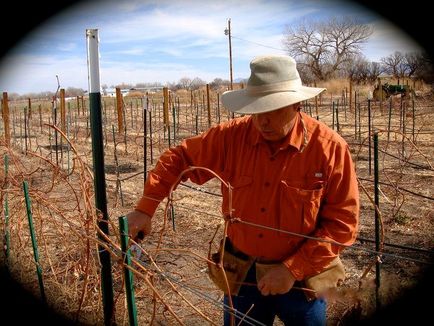 Mr. Black would wrangle in other helpers over the years, with many families and friends alongside. The majority of the laborers came from Mr. Black's relatives such as his wife Florence, and his three sons and daughter: Anthony, Marty, Vince, and Veronica. Some of the helpers included many of his eight grandchildren, such as The Three Musketeers and their trusted sidekick, the latter for whom the Brianna white wine was named. The "16", the "8", the 3-acres, and the Ranch house make up the total estate of the Black family. It is the land beside the Ranch house that was turned into the vineyard in the mid-2000's.

From The Ranch to The Vineyard

When Alfred Black passed away in 2005, his sons Anthony (Tony) and Marty had already been very much involved in the workings at the Ranch. As Tony had already begun his research into viniculture, he began cultivating the land next to the Ranch house to plant a vineyard. At first, it started with just a handful of rows to grow the Brianna and St. Vincent wine grapes. From there, it has flourished to several varieties and nearly an acre of wine-ready grape vines, all hand-picked by Tony Black himself. 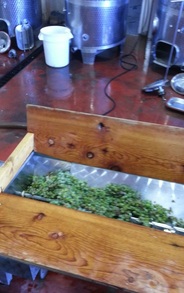 Current Production
In total, the Veguita Vineyard has over 700 plants that includes the aforementioned Brianna and St. Vincent, which are joined by the Chambourcin and Traminette grape varieties. A typical 1 acre vineyard can host 800-900 plants, so our vineyard is just shy of a full acre. While the plants are between 5-6 years old, they are relatively young and are only beginning to show a steady increase in yield. Once this vineyard has fully matured, we anticipate an average crop yield of 3 tons of wine grapes.

There are a number of variables that come into play when you translate grapes (tons) into wine (gallons, bottles, etc.). To give a general idea of our wine production, for the past two vintages in 2012 and 2013, we produced 300 and 600 cases respectively.

Future Production
At this time, we are adding an additional vineyard next to the Winery. This includes over 200 Moscato plants just North of the Winery as well as 400 Tempranillo plants to the East. It should take approximately 3-4 seasons before these plants will yield any grapes ready for wine making.